Goethe-Institut works under the auspices of Ministry of Foreign Affairs of Western Germany as a non-profit association with the Headquarters in Munich (Germany) Goethe Institut  is named after the prominent German poet Wolfgang von Goethe (1749-1832), it plays a role of a German cultural institution abroad. The aim of the institution formed in 1951 is to popularize German Language, support the international cultural cooperation and also present a modern image of Germany. Nowadays Goethe-Institut consists of 136 institutions and 11 contact offices in 92 countries.

One of the main targets of the activities covered by the Goethe-Institut is teaching in the area of German Language. German courses are offered regularly in each of the institutions worldwide. After finishing those courses candidates can join an international examination. Language course programmes are adjusted to the international language sophistication described in the European System of Language Fluency. (A1, A2, B1, B2, C1, C2).

What are the advantages of Goethe-Institut Exams? 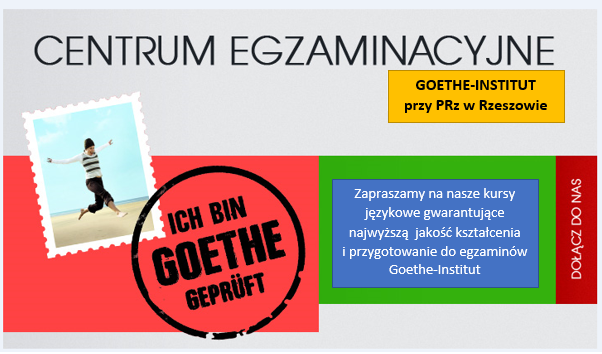