This publication is destined to students who learn foreign languages, lecturers editing re-take programs and for those who want to verify their acquired language skills before the exam on B2 level.

This Script is made of 7 chapters, which four out of seven contains 17 exemplary exam tests in English, French, German and Russian on B2 level in general orientation and tests consisting of specialistic vocabulary in the area of business and pilotage.

The current scene of vocabulary and typology of exercises is compatible with a syllabus realized on classes with students and might be an instrument to test the language skills before the exam, and might be used as a training material for an individual work with possibility of checking the correct answers.

Apart from an expanded bibliography shown in the script, which is a wealthy source in extending knowledge in process of individual learning, Students can check their language abilities using the self-assessment table of language fluency situated in the 6th chapter.

Publication is foreseen as a part of an obligatory literature on foreign language courses on Rzeszow Technical University.

We do encourage to find a place in your home library for this publication, which according to the authors is going to help you to prepare for your language exam

Script has been released by Oficyna Wydawnicza Politechniki Rzeszowskiej and has been available since 14.03.2012 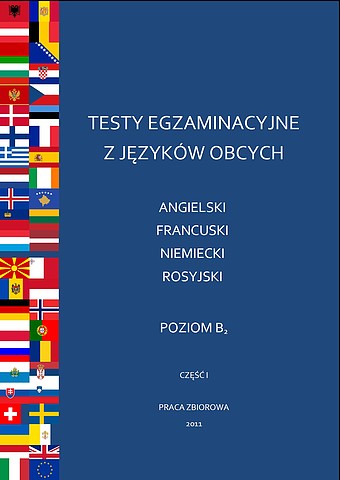